Resting in Central Java between the steamy volcanoes and the Indian Ocean is the Indonesian city of Yogyakarta. To get here, you can take a train from Jakarta or a flight from Singapore or Bali. Since the 8th century, Yogyakarta has been the home of the devout, artists, and sultans. It is also the epicenter of classical Javanese education and culture. Here are the top must-see attractions in Yogyakarta, Indonesia.

From the train station here, you can get to any Javanese city. Many locals come to Jalan Malioboro to snack, shop, and wander but refinement is just a ride away. Kraton, the soul of the city is just a cruise away. Apart from being the home of sultans, it has been Yogyakarta’s keeping place for incredible spiritual, intellectual, and cultural traditions. The inner palace is a private home for the royal family but the museums, pavilions, and courtyards are open to all. 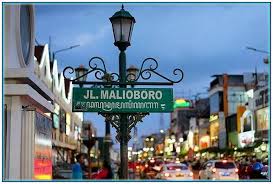 Taman Sari is a water palace where sultans and some chosen few escapes the Javanese sun and the demands of duty. The tone of Javanese culture is set by the courtly center of Yogyakarta and the arts of the island flow in their purest forms from here. 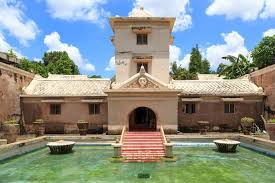 Although Yogyakarta is a place of tradition, it is also the center of an evolving culture. On the lanes of Kampong Cyber, a combination of online expression and street art has been used to forge creative possibilities. The Affandi Museum is just a becak ride away. It was once the resting place, gallery, and home of the maverist artist who created a seismic shift and loosened the bonds of tradition in Indonesian painting.

Yogyakarta is also the epicenter of ideological and political shifts. The Fort Vredeburg is not far from the presidential palace and you can pass through the gates to hear the stories of sacrifice and resistance that resulted in the creation of Indonesia.

Venture back to the 8th and 9th centuries to a time when Hinduism and Buddhism vied for the minds and hearts of the kingdom. Prambanan stretches for miles and it is the heart of the Hindu temple network. Worship at the temples of Brahma, Vishnu, and Shiva or follow the relief panels to see the unfolding Hindu tales. Ratu Boko is about 30 minutes stroll from the main temple. Here you will get to enjoy amazing views of the city. 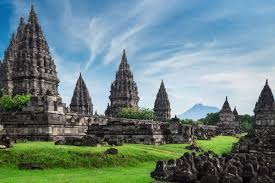 There are many Buddhist temples and monasteries in Yogyakarta. While many can be compared with the Hindu temples in Prambanan Plain, Borobudur is the greatest of them all. Borobudur is the largest Buddhist temple in the world and one of Indonesia’s most visited sights. For a sunrise you will live to remember, go early to this temple.

Yellowstone National Park stretches across Wyoming northwest corner reaching into Montana and Idaho. Yellowstone was founded in 1872 and was the first national park in the world. It plays host to more than 4 million adventures every year. During their off-season, some acquaintances I know who run an Edmonton Mudjacking company decided to take a tour to Yellowstone and had some amazing things to share about it. From Seattle, it is a 12-hour drive and from Salt Lake City; it is a 5-hour drive. There is no doubt in the fact that this park is quite far but once you get there, you will discover it is worth every mile. 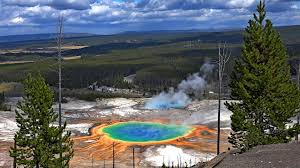 With abundant wildlife, spectacular mountain ranges, and endless green prairies, Yellowstone offers the very best of North American wilderness. Yellowstone’s highlights can be accessed easily from any of the five entrances of the park. This geothermal extravaganza sits atop a sleeping volcano which is believed to have erupted violently more than 60,000 years ago. The caldera’s origins are a source of debate for many geologists and there are many theories as to when the next big eruption will happen. 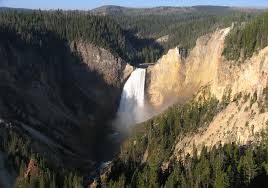 Don’t let this put you off as seismic activity is monitored closely to make sure the park visitors are safe. The Grand Prismatic Spring is a great place to witness this geothermal activity. It is about 25 miles from the west entrance of the park. Admire the pool from afar but don’t try plunging in as the temperatures of the steaming waters can reach near boiling.

The Old Faithful is to the south of the park and it is one of the world’s most visited geysers. Old Faithful regularly spews steam and boiling water into the sky every 60 – 90 minutes. Old Faithful was once used by early explorers as their laundry. As well as offering an impressive display of geothermal activity, it is also laced with lakes, rivers, and firsts. 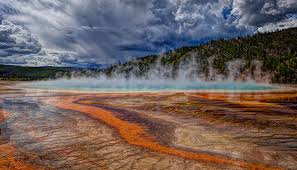 Yellowstone Lake is at the heart of this park and outdoor enthusiasts come here for a wide range of recreational activities. This park is also teeming with wildlife and has for a long time been home to some of America’s native animals, one of which is the mighty bison. Yellowstone is today home to the remaining herd of the world. You are guaranteed a close encounter with this sturdy beast at the Hayden Valley.

The Yellowstone River is one of the park’s most dramatic sights. It is fed by the Yellowstone Lake and it winds north before plummeting off the Lower Falls into Yellowstone’s Grand Canyon. One of the best places to marvel at the beauty of this natural wonder is at the Artist Point. A short hike will get you there.

There are several places in Yellowstone you can sit back and just admire the immensity of this park. As the grandfather of national parks, Yellowstone has inspired the preservation of wildlife across the world.

So you want to travel the world but your bank account is saying otherwise? Hope is not lost, and there are many ways to work and travel at the same time. Any avid traveller knows that accommodation is often your biggest expense when travelling, and then depending on where you travel to, cheap accommodation can be hard to come by. Thankfully, due to modern technology, there are many platforms where you can safely meet other like-minded people online and find working opportunities abroad. Depending on your timeline, working abroad can be a great way to dig deeper into the culture, learn the local language and make friends with local people! Here are some favourite international websites for finding work while backpacking the world: 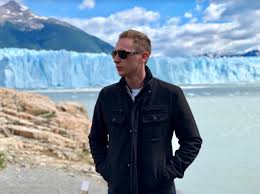 Woofing: World Wide Opportunities on Organic Farms is a platform where travellers can meet farmers and permaculture gurus from all over the world and exchange their labour for room and board. This is a great way to learn about farming techniques in different countries as well as work in the garden and learn about where your food comes from. Often these exchanges will allow you to eat the crop harvested and is a great excuse to be outdoors instead of sitting at a desk all day. 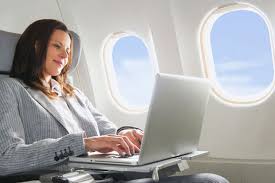 Aupair: Most popular in Europe, an aupair is a live-in child minder. Every contract will be different, but depending on the age and needs of the children, au pairs will often have days off and be expected to work in the morning and evenings when parents are unable to care for their children and they are not at school. In exchange for a few hours a day in childcare and housework, you will be given room and board, and provided meals. This is a great way to explore a new city during the day and learn about a new culture by living with a family from that background! 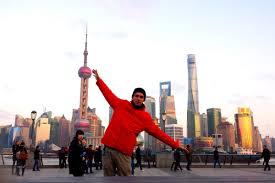 Workaway: Workaway is a a platform that has a collection of opportunities ranging from farm work, carpentry, plumbing, hostel work and permaculture. This is the best website for the traveller who wishes to do a variety of work along with their travels. Workaway also has a great review system where travellers and hosts can rate each other and responses are posted publically. This way you know what to expect and makes choosing from the hundreds of opportunities much easier. You will have to pay a small membership fee, but twenty-five euros gets you access for a year and you can pair up with a friend or spouse if you want to apply and work as a couple. These opportunities all offer a room in a dorm or room, and some even include food and a small wage in exchange for a few housework a day.

Tefl: Teaching English is becoming more and more popular especially in East Asian countries. You will need to obtain a TEFL or TESOL certificate online, and almost all companies will require you to have a university degree. Many companies offer to get you an apartment and help set you up with a job, bank account and insurance in exchange for a one year contract in any given city. A great option for anyone looking to stay in another country for the long term!

When you step into Old Salem, you are stepping into history. The colonial village in the shadow of modern downtown Winston-Salem is still much as it was when it was founded in 1766 and people here are eager to show you around. You get to see the original buildings, how people lived in the buildings, what they did daily, and also experience history.

Old Salem is filled with the sights sounds and even tastes of 18th and 19th century Moravian culture. Besides baked goods from a wood-fired oven, Old Salem offers museums with extensive collections of toys and early southern decorative arts, the oldest standing African-American church in the state, a traditional Moravian cemetery called God’s acre where an Easter sunrise celebration takes place every year and dozens of original buildings and costumed interpreters to bring history to life. 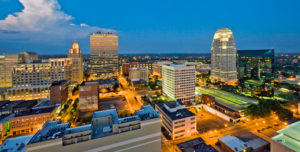 But the Moravian experience in North Carolina goes beyond Old Salem, there’s also Bethania, the first planned Moravian community and Bethabara Park where it all began. Settlers here lived, farmed, and worshiped while looking for a permanent settlement. Bethabara means house of passage and it was supposed to be a temporary village until they can locate the town of Salem.

You can still see archaeological ruins of those first homes, walk through the 1788 congregation house, and see a reconstructed Palisades fort built to protect the settlement from the ravages of the French and Indian War. Moravian thought they would give them protection from the Indians. Between the three settlements, Winston-Salem has a well preserved Moravian history that is easily accessible to its visitors and experiencing it may be the closest you’ll ever get to a time machine. 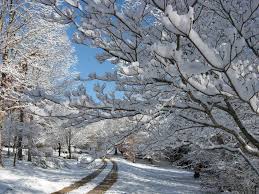 There are several restaurants with a wide range of cuisines. The Spring House Bar, Kitchen, and Restaurant is one of the remaining mansions on what used to be the Millionaire’s Row. The signature southern dishes served here will tempt you. If you want to mix great food with local art, visit Mary’s Gourmet Diner. Visit Black Mountain for an indulgent experience, here you can either opt for a tour or watch the factory to see the handcrafted chocolates used for bonbons, desserts, and rich drinks. If your favorite drink is coffee, Coffee House and Krankies Café is the place to go for superb coffee, brunches, and good food.

You can also sample fine wines from the Childress Vineyards, Raffaldini Vineyards, and Sanders Ridge. For those wine connoisseurs, a trip to Yadkin Valley Wineries is a must.